The Credit Crunch Explained in 5 Questions 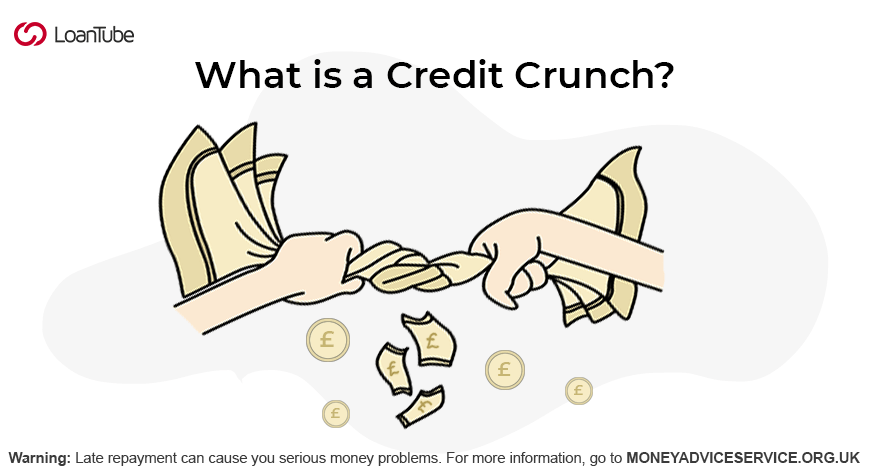 The year 2007 was when the UK familiarized itself with the term ‘Credit Crunch’. The French banking group BNP Paribas sparked a steep rise in the cost of credit that shook the foundation of the global economy. Although the gravity of this situation was realized in August 2007, the credit crunch itself had begun way before.

Governments all across anticipate a credit crisis as a consequence of the Covid-19 pandemic. What sets the credit crunch of 2020 apart from the 2008 economic crisis, is the fact that this time, banks are aware of the hardships that lie ahead.

What is a credit crunch?

A credit crunch arises due to contractions in the credit/lending market created by financial institutions owing to a deficiency of funds. When an economy suffers a recession, lenders become apprehensive of lending money to companies due to bankruptcies or defaults. Now that the stakes are high, lenders surge their interest rates to compensate for the associated risk. This makes it impossible for companies to borrow.

This issue amplified in 2007 because of the redundancies, wage cuts, soaring unemployment rate that followed the weakening economy.

What causes a credit crunch?

What happens during a credit crunch? 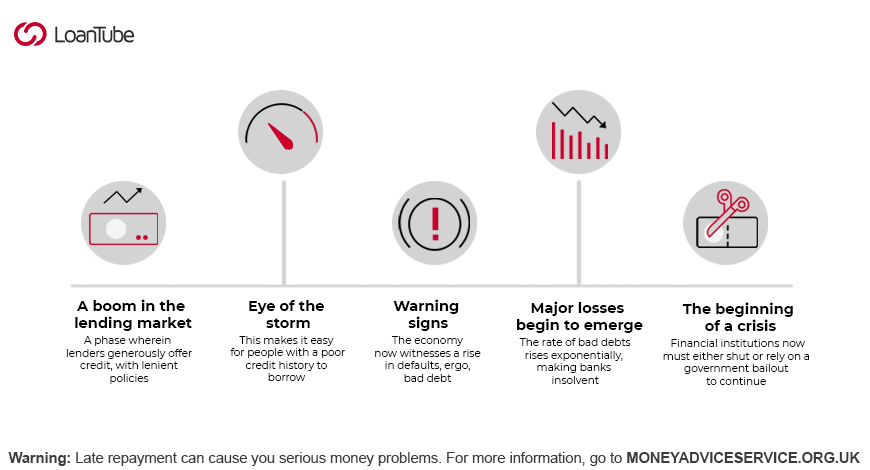 The knock-on effect of such a drastic downfall in lending made the pendulum swing the other way. As the banks feared incurring more losses owing to defaults, they retrenched and only lent to those with a stellar credit history. This behavior is referred to as flight to quality and is a way of reducing risk for lenders.

How does the credit crunch affect the economy?

The global financial market went ballistic after the credit crunch of 2007, followed by a prolonged period of recession. The points below shed some light on the impact of a credit crunch on the economy:

A recession happens due to a lack of activity across an economy, which usually lasts from 6 to 18 months. The aftermath of the recession of 2008 had a severe global economic impact, jolting developed and under-developed nations alike. It was from this point that nations developed economic reforms to avert such a crisis.

Is there going to be another credit crunch?

Financial experts in the UK are anticipating a second credit crunch, judging by the reluctance of lenders to free up more money. The BoE has predicted an inadequacy in loans due to the cost and risk involved.

This will intensify the pressure on:

This is also clench SMEs that struggled during the lockdown, looking to take out a loan to sustain until they begin functioning in full capacity.

As per BoE’s Credit Conditions Survey, the supply of secured loans such as mortgages has plummeted in recent months. Despite their prior prediction, BoE is expecting a further decline in demand.

Things are worse in the unsecured lending market, offering personal loans and credit cards. Experts say that the lending market has dried up sooner than it did during the 2008 recession. There are concerns that the picture is only going to get grimmer as banks will further tighten their lending criteria.