Collapse of QuickQuid into Administration: All You Need to Know 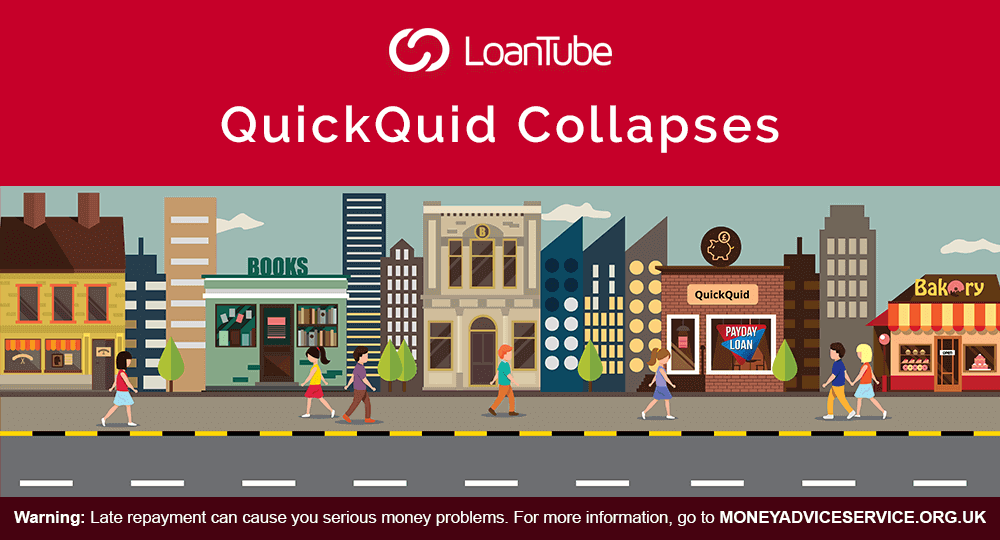 After Wonga, the UK’S biggest remaining payday loan provider has shut down its operations by going to administration. In a country where the largest group, 37%, of people aged 25-34 take out a payday loan, the collapse of QuickQuid may make it difficult for people to find short-term financial support. Read this article to know in details. ⭐QuickQuid Shut Down ⭐Payday Lender

In January, the Financial Conduct Authority released a report publishing the stark figures of the country’s debt. In the year up to June 2018, individuals took 5.4 million high-cost short-term credit. A sluggish wage growth, rising costs of living, minimal increase in pay are some of the major factors due to which people in the United Kingdom borrow loans. To satiate the everyday needs and necessities, a person has to borrow money and payday lenders have made access to money easier than ever before. Recently, a big player of the payday lending industry – QuickQuid entered into administration shutting down its operations in the United Kingdom. The online lending platform is owned by US-based Enova International which has its headquarters in downtown Chicago. It is a leading FinTech company that has the aim to help people gain access to credit. The company blamed regulatory uncertainty for the decision.

Payday loans are short-term loans and people can borrow from £100 to £1,000 and they have to repay it on the next payday. However, most of the lenders allow a feasible breathing space for the repayment. Therefore, they allow the borrower to repay the loan over 12 months. After the economic meltdown of 2008, there was a severe need for credit by the people to facilitate their living expenses. That’s when the payday lenders started filling the gap by offering payday loans, but at high rates of interest. In the UK, the largest payday lender was Wonga that collapsed in August 2018 due to a high number of compensation claims.

What Happened to QuickQuid?

QuickQuid was an online lending platform, which was one of the brand names of CashEuroNet UK. There were other lending platforms by the same parent company namely, On Stride and Pounds to Pocket. The Financial Ombudsman Service received thousands of compensation claims from borrowers who claimed that the loans were mis-sold to them. 10,409 cases were lodged with the Ombudsman in 2018 – making CEN the most complained-about payday lender in the UK. The parent company CEN accounted for almost up to 25% of the payday loan market of the United Kingdom. The website of QuickQuid claims that their services have helped nearly 1 million Britons to overcome their financial emergencies smoothly.

Two big players of the payday lending industry – Wonga and the Money Shop Group went into administration over the last 15 months, which paved the way for QuickQuid to become the largest payday lender. Borrowers who took a loan from QuickQuid felt trapped in the debt cycle by attempting repeated or prolonged borrowing. Those individuals made complaints to the FOS in 2015. However, the number of complaints grew significantly over the years.

This led the FOS to make a strong intervention to safeguard the interests of the borrowers. The request to refund the interest on loans that were taken before more than 6 years or on loans that were provided in or after 2015 was declined by the loan provider. It steered a considerable backlog of claims. Also, the lender was not particularly interested in refunding the amount to the customers. Moreover, it also rejected an interim-binding dispute resolution. In 2019, it decided to accept the complaints it had rejected earlier.

Enova International decided to shut down their operations in the United Kingdom and blamed the harsh regulatory environment for lenders for the episode. They are currently not accepting any new applications for loans.

QuickQuid and Their Existing Customers

QuickQuid, On Stride, and Pounds to Pocket has stopped accepting new clients as Grant Thornton have been appointed as the administrator. The customers who have outstanding debt must continue to repay the loan to avoid any damage to their credit score. The administrators are likely to publish their proposal on how they are planning to handle the complaints. This crackdown on predatory lending has left thousands of customers in doubt regarding their compensation claims. The exact value of the compensation payouts depends on the administrators – how much they can recover.

The Financial Ombudsman Service has said that they will contact the borrowers who have cases against CashEuroNet once they have certain clarity from the administrators.

Where to go for Payday Loans?

A financial emergency may compel you to look for options for borrowing money. Payday loans have been a defining financial product in the unsecured lending landscape of the United Kingdom. There are various alternatives for borrowing a loan to satiate your unexpected expenses.

You can visit a credit union for borrowing money if you find yourself in an emergency. Credit unions are cooperative organisations who lend money to their members at a comparatively lower interest rate. In addition to that, there is a cap on the interest rate they can charge which is set at 1% (for Northern Ireland) and for all other regions, it may go up to 3% per month.

Using a credit card for emergencies is one of the most feasible options. You can opt for a 0% interest credit card. If you repay the amount within the pre-agreed date – then you do not have to pay an additional amount towards the interest. It allows you to spread the cost of the repayment over several months. The interest is levied on it once the “interest-free period” is over.

Contact your bank and request for an overdraft. The interest rate may be high, therefore, ensure to pay off the balance on time to disallow the spiralling of the cost. This is an option for an emergency and you should opt for it when you face extreme difficulties in managing your expenses.

CDFIs are helpful for individuals who have been denied for any monetary help from banks or credit card companies. These are local organisations with the aim of helping people in need. Find a CDFI that is registered by the Financial Conduct Authority (FCA) to avoid any potential scam.

Some of the big players of the payday industry have wrapped up their business but not all. There are still various lenders who are registered by the FCA and who offer these loans. Explore and shop around before settling down and making your decision.

Payday loans are known as High-Cost Short-term Credit (HCSTC). That means the rate of interest charged on these loans is quite high. The financial watchdog implemented a capping on the interest rate in 2015 to regulate the financial market. The intent was to protect the consumers from exorbitant charges. The measures taken by the FCA to safeguard the interest of the consumers have helped shape and redesign the lending landscape of the United Kingdom. Nevertheless, payday loans are only for short-term and emergency purposes and you should not borrow them often. You should borrow a loan only if you think that you can afford to repay the debt on time and in full.

PrevPrevious5 Budgeting Systems – Choose the Right One
NextLow Consumer Spending is a Sign for a Falling Economy?Next