Fears of “Debt Bubble” Spark Crack Down on Lending from Banks 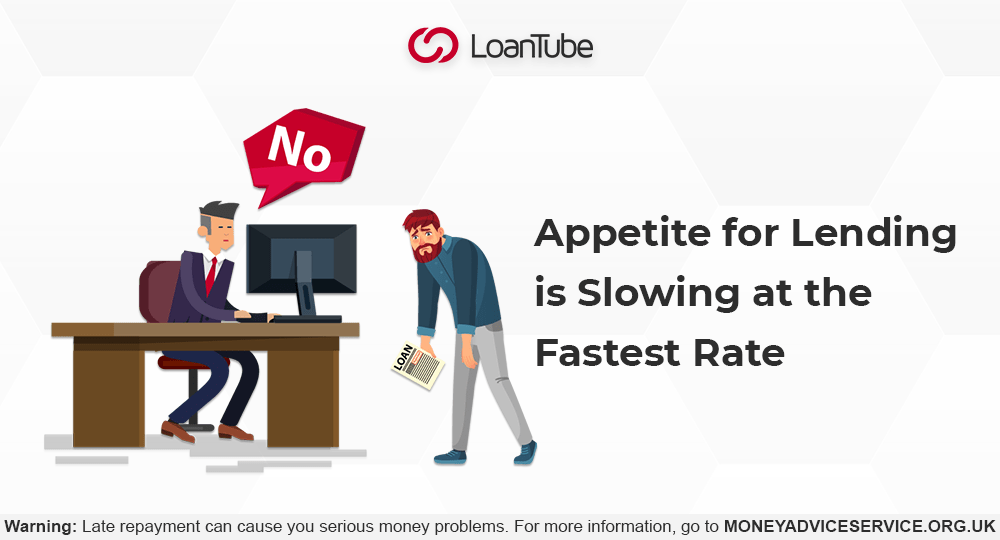 Data from the Bank of England shows that banks’ appetite for lending is slowing at the fastest rate since the global financial crisis of 2008.⭐Lending Landscape ⭐Financial News

UK borrowers could be finding it harder to access loans this year after a year-long debt binge. This is following new data released by the Bank of England which shows a slowing down of lending from banks.

Experts are saying this is the latest “stress test” of banks’ finances, with corporate debt rising meaning that lenders could be vulnerable in any future recession. The figures show that banks have, in fact, been tightening their criteria for loans for three years, with credit scoring criteria becoming increasingly tough for the application of credit cards.

Businesses, in particular, suffered their biggest squeeze on the availability of credit since the 2008 financial crisis in the final three months of 2019. The decline in appetite to lend from banks comes after the Bank of England warned how a surge in risky lending to indebted businesses could present a significant danger to the wider economy.

Who Does this Fear of Lending Affect?

This is not to say, however, that individual consumers are not being affected. Data is also showing that banks have cut back on zero-interest credit card deals which lure in borrowers, with the number available on the market sitting at a 13-year low.

The tightening of criteria for credit cards over the last three years was first notable after the Bank of England warned of “pockets of risk” within consumer credit. The criteria recently got tougher at the fastest rate since the beginning of 2018, indicating that banks are now less likely to lend to those who are deemed too “risky”.

In turn, those with a bad credit rating may be finding it a lot harder to get a credit card or a loan, compared to a couple of years ago.

These tough conditions also coincide with the new FCA rules regarding credit cards. Those who have been in debt for 36 months or more now face the risk of having their credit card suspended, in a move to tackle a UK debt problem which is on the rise.

Should We Be Worried About the Crack-down on Lending?

Experts are noting that these figures show that an interest rate cut is needed to boost the flagging economy. They are also drawing comparisons to the 2008 financial crisis when banks were very reluctant to lend small businesses money. This meant that many small businesses struggled to get the credit they needed to stay afloat.

Part of the reason banks are becoming more risk-averse may be the memories of the 2008 crisis. Nerves of an increasing credit bubble are potentially contributing to tighter criteria in relation to credit card applications and business loans.

The news also comes amidst an increase in small deposit mortgages being on the rise – something which has also drawn comparisons to 2008. The return of the 90% loan-to-value mortgage has sparked concerns that lessons have not been learnt after high LTV mortgages were seen as one of the key features of the risky lending by banks in the lead up to the financial crash.

The narrative that the current climate is similar to the 2008 financial climate may be a case of scaremongering. It is worth noting that the Bank of England has warned about similar sort of scenarios before. However, it is certain that banks are becoming a little more cautious within the lending market which could spell problems for those who rely on loans.

What are the Alternatives if Banks are Tightening their Lending?

If the banks are becoming more risk-averse, then many people may be left out in the cold and in need of credit. Many are turning to other methods of borrowing, away from the traditional high-street bank.

Peer to peer (P2P) lending is leading the way in alternative finance platforms, allowing small businesses and individuals to have quick and easy access to credit. P2P lending is expected to have grown 21% by 2026, as more people turn away from traditional lending avenues.

Many are also turning to online banking applications like Monzo, Starling Bank and Tide. These different type of payday loan providers are known as “digital banks” and can often offer better innovation, customer service, and general ease of use.

Lending from this type of bank is generally favoured by a younger generation, who rely on buying their products through apps and websites rather than in-store. Could we be seeing the well-documented “death of the high street” creep into high-street banking territory?

How Can LoanTube Help you?

There is also another alternative which involves getting expert help in relation to loan applications. If the Bank of England reports are to be believed, UK residents are finding it harder and harder to be approved for loans or credit cards. UK lenders are becoming more cautious amidst an increasingly volatile market, leaving borrowers who need credit struggling.

This is where LoanTube can assist. Using our loan application system, our experts can help you apply for a loan and match you with one of the lenders we work with. This means you find the perfect loan for you, not one that is sold to you by a high-street bank.

The application process is quick and easy, and we use a Soft Credit Check which means your credit score will not be harmed. We always ensure that the rate you see is the rate you get, unlike many comparison sites who do not compare lenders’ actual APRs.