Thousands May Have Credit Card Suspended Under New Debt Rules 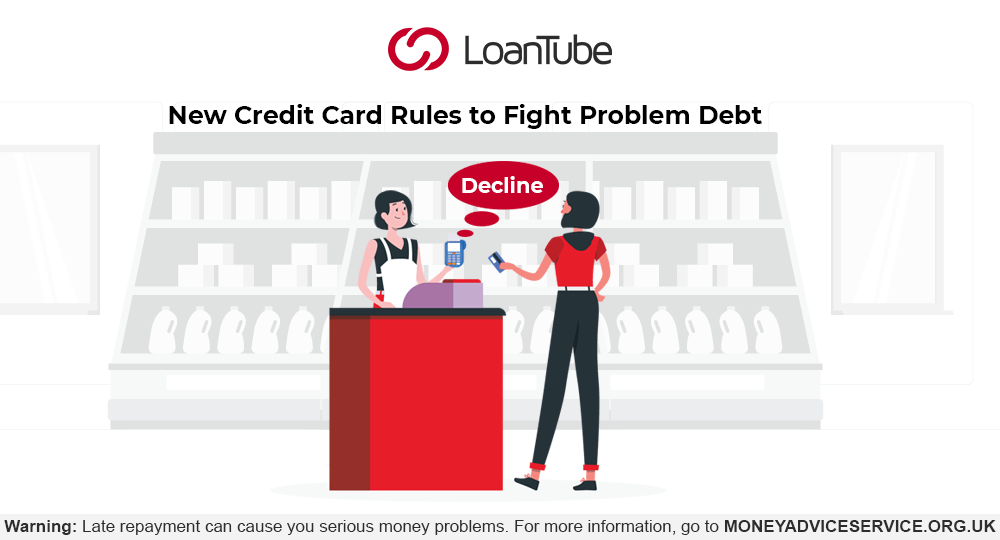 UK residents who are in persistent debt risk losing their credit card under new FCA rules that come into place next month. ⭐Debt Concerns ⭐Financial Literacy

If you have been in debt for 36 months or more, you may be at risk of having your credit card suspended. This is due to the new Financial Conduct Authority (FCA) rules that come into action in February.

The City regulator has created new affordability rules in relation to credit card providers. In the hope that it helps individuals who end up paying more in interest fees and charges than the original amount they borrowed. Many of the customers in debt are driven into longer periods of payments due to making minimum credit card repayments each month. This can often paper over the cracks of a bigger underlying financial problem.

Credit card providers – including UK banks such as Barclays, Lloyds and Royal Bank of Scotland – were instructed by the FCA in 2018 to identify and contact problem customers who had been in debt for over 18 months. These customers were then given a further 18 months to pay off the existing debt by increasing their monthly repayments.

The credit card companies need to send at least three letters to customers within this period. Customers must be warned to increase their payments or risk having their credit card suspended. There have been alternative solutions offered by these companies. That includes paying off the debt more quickly over a four-year period. And also transferring the debt to a personal loan with lower interest.

This initiative is the latest in tackling a debt problem that is very much on the rise. The current average household debt sits at a staggering £59,840, with credit card debt hitting £2,604.

Pair this with the fact that around 60% of the UK’s adult population – about 30 million people – have credit cards, then we begin to see a worrying trend. The FCA has estimated that approximately 5.6 million credit card accounts may be held by customers who struggle with debt. Nearly 2 million of these may fail to raise their repayments within the required 36-month period.

Statistics like these are why the FCA are enforcing these new rules. The credit card companies will be hit harder by the rule change, with customers saving up to £1.3bn per year. They stated:

Furthermore, consumer stress and related financial difficulties would be reduced by resolving debt problems sooner. The total cost savings were expected to have reached between £3bn and £13bn by 2030.

We can speculate and estimate the figures, but it is difficult to predict exactly how many customers will be affected. The changes will look to help people get out of debt. There are suggestions it could hit vulnerable individuals who are forced to live in persistent debt through no fault of their own.

Citizens Advice Scotland has warned that the new rules could potentially backfire on those who are permanently living on credit.

Persistent credit card debt is being tackled by the FCA and some people who have not been paying off their credit cards may be in for a real shock in the new year if they have been ignoring persistent debt letters coming through their letterboxes.

These changes will help some people to pay off their debts quicker, but we’re concerned about people who are forced to live in persistent debt because of insecure incomes in the first place.

These changes could be a real problem for people who are unable to come to an arrangement with their credit card lender, and this may trigger increased demand for help with debts.

Whether the change is for the better or the worse remains to be seen. It will be vital that regulatory bodies and charities keep their finger on the pulse in the coming weeks and months.

What to do If You’ve Been Affected by the Changes?

If you believe you may be affected by the upcoming changes, the first thing to do is identify how long you have been in debt for. Moreover, you also need to look for any correspondence from your bank, primarily via letter. Make sure you don’t ignore any debt letters from the bank. It may be in relation to cancelling your credit card.

You may be able to agree on a suitable repayment option with your bank in accordance with the new rules. Make sure you ask your credit card provider about all the avenues you can explore.

Some of these letters will have been sent out in 2018. If you haven’t received a letter and feel you may be affected then get in touch with your bank.

How can LoanTube help you?

There is another feasible option for many who wish to transfer their credit card debt. And that is where LoanTube can help.

Many credit card customers are opting to transfer their debt into one place, in the form of a Debt Consolidation Loan or a Personal Loan. With this sort of loan, you can merge your credit card debt into one monthly, affordable repayment. Generally speaking, the interest rate is lower, meaning you end up paying less than you were paying before.

The application process is quick and easy. We use a Soft Credit Check which means your credit score will not be harmed. You can keep your credit card and pay off your debt over a longer period by consolidating the short-term debt.

PrevPreviousSmall Deposit Mortgages are Back – Should We Be Worried?
NextFears of “Debt Bubble” Spark Crack Down on Lending from BanksNext