Small Deposit Mortgages are Back – Should We Be Worried? 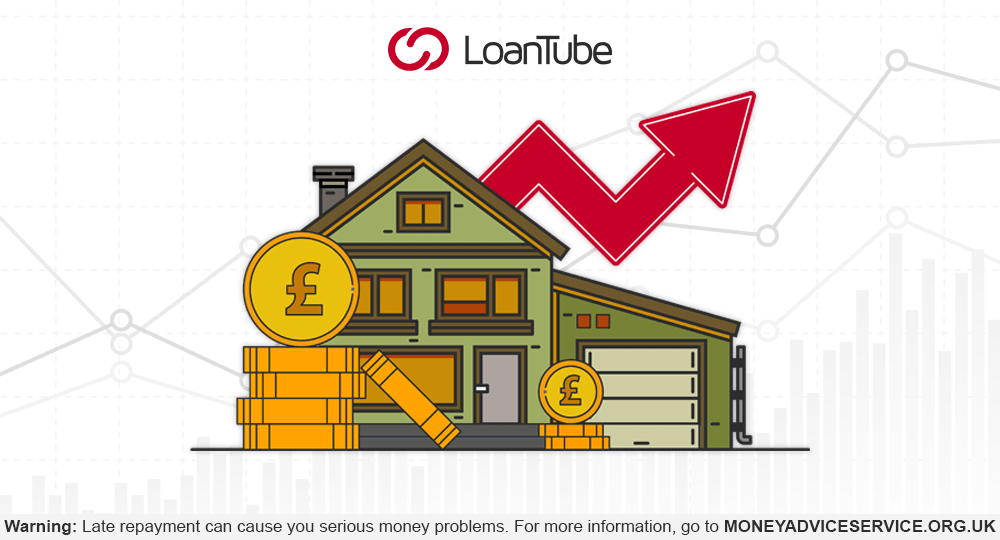 The return of the 90% loan-to-value mortgage means that more first-time buyers can get on the property ladder. However, many will remember what over-eager lending by banks caused in 2008. Should we be worried about a potential financial crash? ⭐Deposit Mortgages ⭐Financial Awareness

The proportion of low-deposit mortgages is on the rise. New data released last month from the Bank of England has shown that 90% loan-to-value mortgages are at the highest rate since 2008.

This is good news for first-time buyers, who can only afford a 10% deposit mortgage, but potentially worrying for those who can recall the financial crisis of 2008.

What are the pros and cons to a low-deposit mortgage, and can we really be heading for the same outcome as 2008?

More accessible mortgages have meant an increase in the number of first-time buyers. This is due to banks not needing a massive lump sum upfront to secure the loan.

There was a 6% increase of first-time buyers in 2019, even in a property climate with stagnating house prices and increasing stamp duty.

An extra 2,000 first-time buyers are getting their foot on the property ladder each month. This goes a long way into explaining the increase of the small deposit mortgages, as first-time buyers often have the expendable income to repay loans, but not the savings to put down a large deposit.

However, experts are concerned that this sort of loan leaves lenders at risk of owing more money than their homes are worth if house prices were to suddenly drop. There is also a concern that households may be over-stretching themselves financially.

Many Homeowners may Never Pay Off the Debt

In addition to the low-deposit trend, many mortgage holders are now opting for a 40-year loan, prompting concerns that many families may never pay off their debt.

Traditionally, a mortgage is taken out over a period of 25 years, and the repayments are calculated accordingly. Taking the loan over a 40-year period allows households with a less monthly income to spread their monthly repayments over time.

Banks are now catering to households who are less attractive from a lending point of view, in order to sell more mortgages. New figures show that nearly 6 in 10 mortgage deals now come with a standard maximum term of 40 years.

This figure does have to be taken in the context of an ageing UK population, an increasing life expectancy and a higher retirement age. UK residents are assuming they will be earning an income for much longer than the generation before them. However, this does still paint a worrying picture for many lenders, who may not pay off their mortgages until they are in their eighties, if ever.

Mortgage Debt is on the Rise

In addition to small deposit mortgages and 40-year loans, mortgage debt more generally is on the rise. Overall, the official figures show that mortgage debt grew in UK households over the course of last year.

The figures show that, by the end of Q3 last year, mortgage debt in the UK was just under £1.49bn. This represented a 3.9% increase compared to the same period a year earlier.

Are homeowners stretching themselves too thin?

Why Should we be Worried about Small Deposit Mortgages?

To discuss why this may be a problem, we need a little bit of context. It might be scaremongering, but those who remember the financial crash of 2008 will be drawing subtle comparisons to the current climate.

The financial crisis of 2008 was considered by many experts as the most serious financial crisis since the Great Depression of the 1930s. There are a number of reasons for the crash which are all complex and interrelated, but one of the main issues that were touted at the time was the number of mortgages which were being given out by banks.

Many hopeful homeowners who couldn’t afford conventional mortgages were overjoyed to be offered interest-only loans by banks, where no deposit was needed. This meant that subprime mortgages (a mortgage that is offered to borrowers with poor credit rating, at a higher interest rate) doubled from 10% to 20% between 2001 and 2006.

The growth of subprime mortgages, paired with rising property value, meant that by 2007 a market bubble had been created. When interest rates inevitably increased, mortgage repayments squeezed homeowner’s abilities to repay the loan. Eventually, homeowners couldn’t repay their mortgage and the bubble burst.

Currently, lending with a 90% loan-to-value mortgage is at the highest rate since the last three months of 2008. Part of the reason for this is fierce competition among high street banks, pushing mortgage rates down to near-record lows.

This sort of high loan-to-value mortgage was seen as one of the key features of the risky lending by banks in the lead up to the financial crash. Bank officials and experts will be keeping a keen eye on the market to ensure that a property bubble is not beginning to take shape.

Here at LoanTube, we can’t control the market forces that determine property values and mortgage rates, but we can help families with easy and quick loan applications. We can offer homeowners Home Improvement loans and Long Term loans.

The application process is quick and easy, and we use a Soft Credit Check which means your credit score will not be harmed.

Whether it is to tide you over with a short-term loan, or it is to consolidate any existing debts, our free comparison tool can compare actual APRs and interest rates across a number of different lenders we work with.

PrevPreviousChoose the Best ISA in 2020: Know How
NextThousands May Have Credit Card Suspended Under New Debt RulesNext