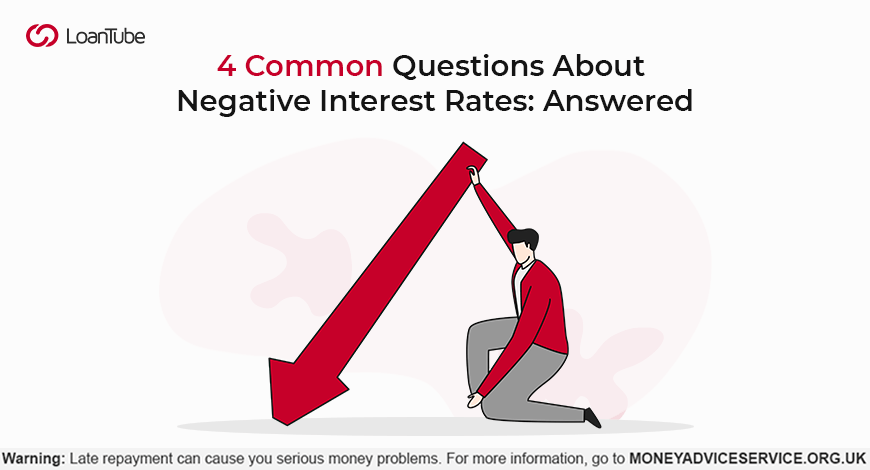 The UK economy is struggling to cope up with the aftermath of COVID-19. To overcome the economic challenges, the BoE is considering making interest rates negative. The BoE recently asked banks how prepared they were to handle sub-zero interest rates. The idea of negative interest rates remains hypothetical, but ever since the BoE brought it up again, the concept has gained the spotlight.

Now lenders and banks base their proposed interest as well as the interest they would pay on savings, on the BoE base rate. So negative interest rates certainly have an impact on all sects of the economy. We just need to study the holistic picture of how a sub-zero rate will influence us – as a nation and as citizens of the UK.

In this article, we will discuss:

Why is the BoE considering negative interest rates?

Ever since the great recession, many well-established economies brought their base rate to below zero. The European Central Bank and central banks in Japan, Sweden, Denmark, and Switzerland, have deployed negative interest rates to boost their economic growth.

When interest rates go negative, people will have to banks to deposit their money, as opposed to the current system. People would get discouraged from depositing their savings in banks.

This concept is based on the idea of uplifting the economy by encouraging banks to lend money. If banks don’t get some money out to lend, they’ll be charged by the BoE for holding their money.

This mechanism also helps boost household and business spending. Just like the BoE would levy charges on banks, a bank would charge people who’ve deposited their savings with them. To avoid paying a charge on their savings, people would rather withdraw the money and perhaps spend it. Also, inflation may erode the value of your savings with the bank.

Negative interest rates also make borrowing more affordable for the Government. This could help cut down the costs for the Chancellor’s Coronavirus aid.

How would negative interest rates affect the Britons?

Whether you’re a saver or a mortgage payer, the plummeting base rate will affect us all. Here’s how negative interest rates will impact us:

Can this hamper the functioning of banks?

A major threat that negative interest rates pose to banks is that it could nip their earnings. Negative rates will result in a cut in the money that a bank earns on loans, affecting their capacity to lend money. If not dealt with correctly, this could be detrimental to the UK’s financial architecture.

The key to making it through the financial turmoil is keeping bank lending fluid and streamlined. The second concern is that savers won’t be keen on paying a charge on their deposits. So they’d rather stash their cash safely, at home, which could have a knock-on effect on the UK’s financial stability.

PrevPreviousShould I Tell My Partner I’m in Debt?
NextShould I Start a Side Hustle to Earn More Money?Next