Negative Interest Rates: What Are They And How Could They Affect You? 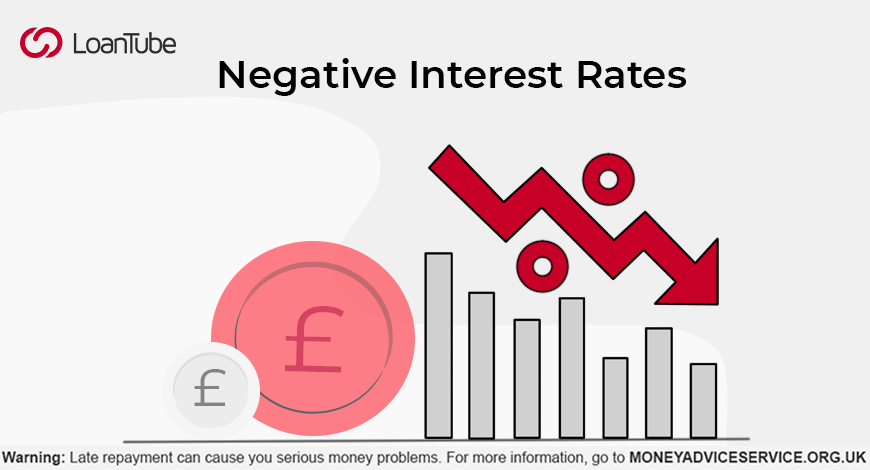 Interest rate is the cost that you pay for borrowing money. It is charged only on the principal amount that you borrow. But an interest rate is not only limited to borrowing money. It is also the amount that you get on your savings. These rates affect us and therefore, even a small change may create a big impact. It is important to understand how these works and when they arise, or fall or stay at the same level.

What are negative interest rates?

What happens when interest rates are negative?

When inflation surpasses the nominal interest rate – interest rates turn negative. Often, the government takes such a step to boost the economy. Although this is an unusual monetary policy, it helps achieve sustainable growth and keeps inflation at a manageable level.

Negative interest rates imply a decline in borrowing costs, throughout the economy. This also pushes banks to lend more money, to avoid paying for it. And lending, in turn, helps in uplifting the economy. Negative interest rates also lower the value of a country’s currency. The rate cut by Bank of England implies that the assets valued in Pound Sterling wouldn’t yield as much of a return as earlier. This would mean lower demand for Pound Sterling, meaning that the country’s exports will be cheaper than others.

What would negative interest rates mean for investors?

In simpler terms, negative interest rates would mean making saving expensive for people, to get them to increase their expenditure. Although Central Banks deploy unparalleled policies such as quantitative easing and decreased interest rates, sturdy growth remains far-fetched. Investors are not too keen on spending despite these efforts.

What would it mean for your savings?

Some banks already charge a fee on current accounts. It is safe to conclude that people would rather withdraw their savings and keep them at home, than paying for them, should interest rates go below zero. This would bring along another set of problems, like burglaries and break-ins. However, the bigger problem would be that more and more savings accounts would head towards zero if interest rates go negative.

What would it mean for Mortgage?

Mortgages can be categorized as ‘Fixed rate’ and ‘Tracker’. Fixed-rate mortgages have already seen a drop in their price. High street commercial banks like HSBC and Barclays have already decreased their fixed rates to 1.39% and 1.5% respectively.

Tracker mortgages, on the other hand, have been re-priced with greater margins, to secure the lenders against the declining interest rates.

Negative rates aim at encouraging banks as well as building societies to lend more frequently. Otherwise, they would have to pay an overhead charge on the deposited money.

What would it mean for Loans and Credit cards?

Negative interest rates will not have a major impact on personal loans. This is because personal loans are already offered at a low and fixed rate. So your repayment amount won’t reduce if rates go beyond zero.

In the case of credit cards as well, the initial rate that is offered by companies is low. This eventually does rise above the base rate, so there won’t be any impact on credit cards. There’s a nil chance that they will fall beyond zero. The key concern here would be to endure the increasing number of defaults due to an unemployment surge for the rest of 2020.

Our takeaway from the Negative Interest Rates Policy (NIRP)

After this analysis of Negative Interest rates and how they impact us, let’s throw some light on the most significant insights from this:

Even though the interest rates in the UK aren’t likely to go further below, one thing that seems certain is that once an economy opts for negative rates, it has already limited options for a robust sustained economic recovery.

PrevPreviousI Need a Loan but Keep Getting Declined: What to Do?
NextShould I Borrow a Personal Loan for Holiday?Next