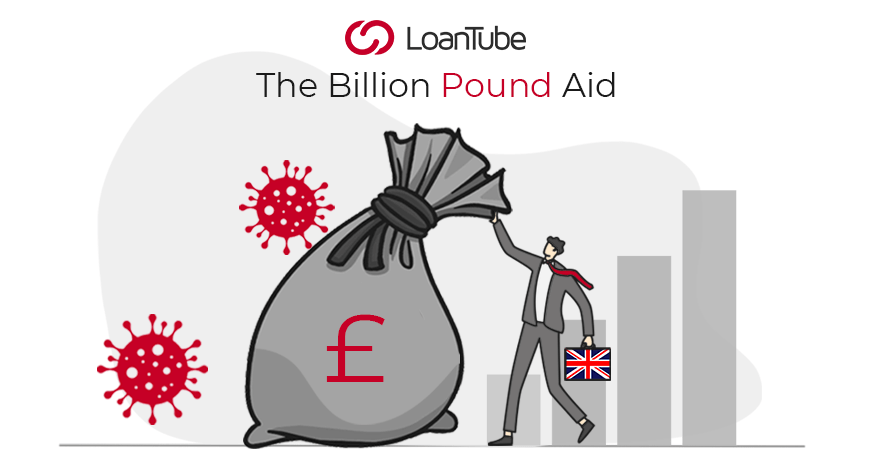 The “unicorn” capital of Europe is battling the recession in a commendable way. Sunak’s latest financial package was designed to help the startups from crashing. Will this action help beating the recession that we are all expecting? ⭐Financial Aid UK ⭐COVID-19 Response

The Coronavirus pandemic has brought nations all across the world, to a standstill. The global economy is witnessing a severe blow due to this outbreak and nations are relentlessly trying to weather this storm. Millions of people are dealing with financial stress, so as businesses. As for the UK, this outbreak could lead to a deep, short recession by the end of this year. The EY Item Club Spring Forecast 2020 has predicted a contraction of 6.8% in the UK’s economy for 2020 before it retraces its path towards the growth of 4.5% in 2021. It is anticipated that business investments are expected to plummet by 13.6% in the year 2020. Such a downfall in the economy is bound to affect established businesses as well as startups, which are already struggling to stay afloat. However, with the announcement of ‘Billion Pound Support Package’ for Innovative firms, UK Government brings a sigh of relief for startup owners amidst these times of crisis.

Before looking at the measures taken by the government, we want to shed some light on why startups require this special aid.

How are Startups Coping with COVID-19 in the UK?

It is hard as it is, to pitch startup ideas to investors, but it is harder when one has to do it without leaving the house. Even if communication gaps can be overcome, startup founders are more conferenced about the financial turbulence that they’re about to face, as this global pandemic bleeds them dry. The aftermath of this outbreak is especially harsh on these businesses, still in an infancy stage, as Venture Capital funds gear up to re-evaluate investments and bracket priorities. With a cut and potential decline, in overall investments in this arena, businesses are pulling their socks up to face the turmoil awaiting them in the next quarter, largely to cash flow issues.

A number of startups that take shelter in co-working spaces like WeWork are being charged full rent, despite resorting to ‘Work from home’ during the social distancing period. The sudden shift in consumer behaviour is another factor to be held accountable for the downfall of businesses that rely on direct customer spending. This calls for help for budding startups, to bridge the time with whatever immediate provisions they can get, and justify UK’s title as the world’s startup hub.

How is the UK Government Trying to Help?

Chancellor Rishi Sunak announced a relief fund of £1.25 Billion to safeguard UK’s startup industry, on April 20’2020. In this initiative, the government has set aside a fund of £500 Million, including money from private sector investors. It can be used by promising businesses, which show potential for high growth. The other £750 Million can be utilized by firms pivoting on Research & Development. The relief fund has been customized to incorporate a wide variety of businesses. As part of the UK’s diverse economy, they must have tools to ensure continual growth and encouragement. The package was unveiled after the CEO’s of some of UK’s major tech startups, including billion-dollar unicorns like ‘Deliveroo’, ‘Darktrace’ and ‘Improbable’ appealed to the chancellor for emergency aid for companies.

The Future Fund of £500 Million is built in association with the British Business Bank. It has been specially tailored for high potential firms, to insure these firms against the financial crisis that has arisen. Through this initiative, the Government will aid UK based firms with funds ranging from £125,000 to £5 Million. Private sector investors are expected to at least match the amount funded by the Government. The financial aid loans will then convert into equity on the firm’s subsequent funding round. Or towards the end of the loan period, ‘if it is not repaid’. This statement initially created some confusion as many thought that a re-payment option will be made available by the government. But, should a firm fails to repay, the loan converts to equity.

Why is it Controversial?

This garnered a lot of criticism. Because with a repayment option in place, all profitable firms would choose to repay. Whereas firms running losses will have no choice, but to convert to equity. However, it was later clarified that equity conversion will be obligatory, barring a few specific scenarios. Only businesses that are unlisted, UK registered and have raised an amount of at least £250,000 in equity investment from third-party investors in the last five years, are entitled to avail this fund. Therefore, this scheme does little to nothing to mitigate the crisis for firms in their infancy stage. The initial fund amount promised by the government towards this scheme, anticipated to be available until September, is £250 Million.

£750 Million set aside for companies specializing in Research & Development, will be accessible via Innovate UK’s grants and loan scheme. Under this scheme, the national innovation agency will aim at facilitating £200 Million of grants and loans. But only to back the existing 2500 customers under its umbrella. From the remaining amount of £550 Million, £175,000 will be offered to companies that are not covered by Innovate UK. While the rest remains as an extra fund for increased support of existing customers. The initial round of payments will start by mid-May.

The Government’s rigorous efforts are battling the ongoing crisis. However, there are certain sects of the economy that still cannot avail these provisions owing to the pre-requisites. Some believe that startups are going to benefit from the initiative. While others believe that the conditions to qualify for the fund will lead to misdirection of this direly needed fund. It may push to the wrong side of the economy. This crisis sure proves to be a test for the UK’s startup industry. In the midst of which there is a high chance of losing promising startups with immense potential for growth.

PrevPreviousHow to Get a Personal Loan with Fewer Loans in the Market?
NextHow will the Pandemic Impact your Credit Score?Next