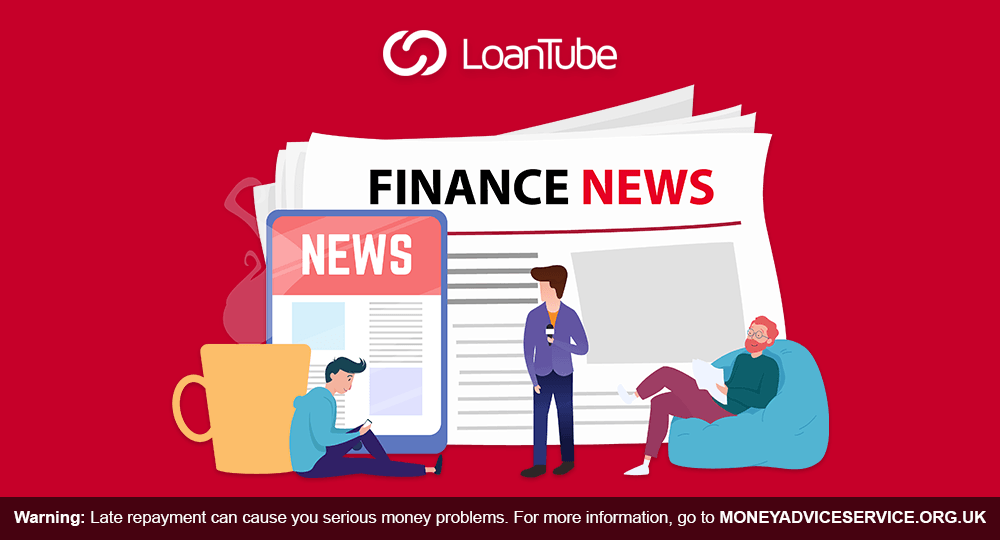 Explore this weekly news digest by LoanTube to stay up-to-date with the latest financial happenings of the United Kingdom. ⭐Insights and reports ⭐Current Affairs

Future Finance is a private finance company, which was established in the year 2014 to provide tuition and maintenance loans to the students. It offered loans to students who were not eligible for getting loans from the government. It advertises a representative interest rate of 13.4% while 6.1% is the highest rate of interest for a government student loan. Future Finance said that the students who borrow loans from them have the option to make repayments as low as £5 per month while they are studying. They also added that those students do not have to pay anything for the first three months after they graduate. The One student financial advice service at Birmingham University has refused to endorse this student loan firm quoting that the rates of interest they charge are too high.

The Financial Conduct Authority has said that consumers who believe that they have been mis-sold Payment Protection Insurance (PPI) must make their submissions by midnight on Thursday, 29 August. This came right after new research that suggested almost 20% of those who are eligible to make a claim have not yet submitted their claims. As part of this scandal, already tens of billions of pounds have been paid out as compensation. Around 64 million policies are thought to have been sold in the UK. To help consumers determine if they had the insurance, the FCA has asked them to visit the PPI section on the website.

CMA Has Reprimanded RBS and Santander Over PPI Processes

Royal Bank of Scotland and Santander Bank have been told to appoint auditors to check how they remind customers who have Payment Protection Insurance (PPI) by the Competition and Markets Authority (CMA). Both of these banks failed to remind the customers who had PPI and breached the order issued by the UK competition watchdog of sending annual reminders to those customers. The banks have placed measures to avoid the errors and mistakes that happened in the past. Payment Protection Insurance was generally sold with a personal loan or mortgage to cover the repayments if the borrowers lost their jobs or fell ill. However, thousands of customers have mis-sold the policies and the Financial Conduct Authority is all set to end this scandal by placing the deadline for the consumers.

Expenditure Strains Budget in the UK

Britain’s seasonal budget surplus is under pressure due to higher government spending. Excluding the state-owned banks, the surplus had reached 1.319 billion pounds. July is considered to be strong month because individuals make income-tax payments that boost revenue. Britain borrowed 16.0 billion pounds in the first four months of the financial year that started in April. The stance for public finances is concerned by Brexit and government spending. The economy shrank by 0.2% in the second quarter and economists are expecting a recession given the current circumstances.

The recent research conducted by a think tank – Social Market Foundation has revealed that workers who work in the seaside towns earn almost £5,000 less as compared to other areas of the UK. It also indicates the fall in the level of pay who live in coastal areas in 2017-18. However, the pay level witnessed an increase in other parts of the country. In 2018, the average salary in coastal areas was £25,900 whereas, in non-coastal areas, the average salary was £30,600 in the same year. After the country voted to leave EU in the referendum of June 2016, the economies of coastal areas shrank. The research director of the organisation said that such gaps are bigoted and must be addressed.

The Economy of Britain is Slightly Larger Than Previously Thought

According to new official estimates by the Office for National Statistics (ONS) that took into account new methodology and data added around 26 billion pounds to the size of the UK in 2016. That is a rise, which is almost equivalent to 1.3 per cent of GDP. Previously, the average annual growth of the economy was 2.0% between the years 1997 to 2016. However, after the latest release, the average annual growth of the economy rose to 2.1%. During the financial crisis of 2008, the economy shrank by 6.0% and earlier, it was estimated that the economy contracted by 6.3%.