£7.4 bn Debt Paid Off: Is Britain’s Debt Crisis Winding Up? 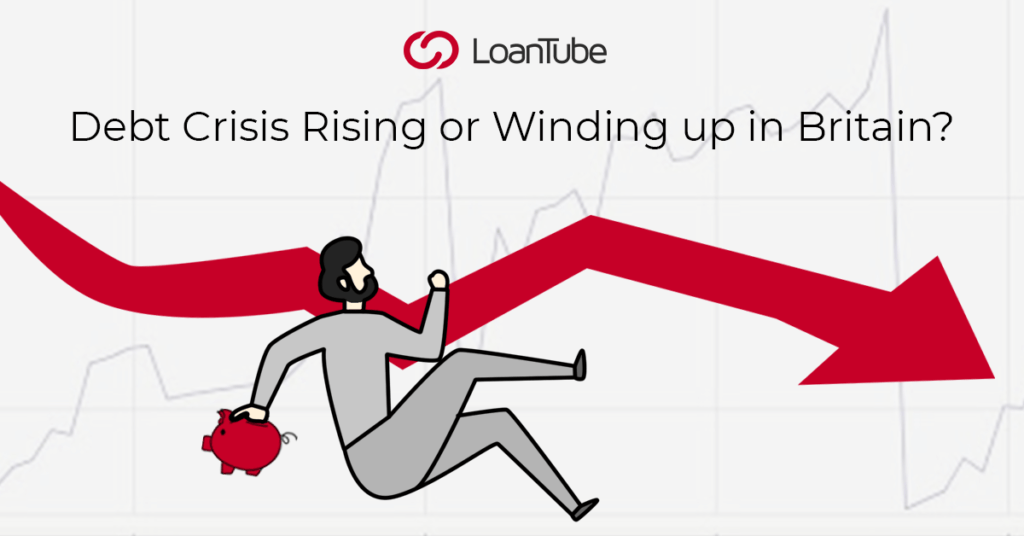 A new report by the Bank of England shows that the UK households have repaid £7.4 bn of debt on credit cards and personal loans in April. Is it because of the biggest fall in consumer spending stirred by COVID-19? Or Brits are developing the habit of saving money as they spend a lot of time at home now?⭐COVID-19 ⭐Debt Statistics UK

Socializing is an alien term now as one-third of the world population is under lockdown. Undoubtedly, our lifestyles have changed during this health epidemic that has proven fatal for human life. The coronavirus storm has created a massive dent on our finances. The drastic change in the income and consumption level is worrying. Policymakers have rejigged plans to support the falling economy. However, amid this crisis, UK households have paid off record £7.4 bn in credit card and personal loan debt[1]. The report released by the Bank of England also shows that households are increasing their deposits in banks and building societies. Shuttered shops, cancelled vacations and events have helped Brits to clear their debt shelves.

How Britons Shunned their Cards During this Pandemic?

Figures revealed by the Bank of England in March[2] showed that British households are not losing grips around their money. Many people stopped borrowing money altogether while some of them even cut down on their “essential” expenses. Britons were wary of the “plastic money” before the pandemic hit the financial markets. Borrowers repaid £100 mn[3] on their credit cards in November 2019 due to the new credit card rules introduced by the FCA. This mirrored a slowdown in consumer spending as the annual growth rate of unsecured consumer lending dropped to 5.7%.

Despite repaying a record level of debt, financial experts have said that this is not a resolution to Britain’s debt crisis. As a lot of households have taken a payment holiday due to furlough, debt may continue to rise. So, is Britain now on its path to becoming free from the unresolved crisis of debt, or there’s a different story cooking up?

Is a New Chain of Debt about to Rise due to COVID-19?

The job market of the United Kingdom had never looked this gloomy over the last 3 decades. Firms in all major sectors of the economy are more likely to cut jobs over the next 3 months. As the government is gradually reducing the support available through schemes, businesses are expected to pronounce a wave of redundancies. British households are expected to run up debts worth £6 billion as a result of the pandemic. Millions are falling behind on credit card payments, council taxes and electricity bills, according to StepChange[4]. According to UK Finance[5], nearly 878,000 payment holidays had been taken out on credit cards and 608,000 on personal loans.

Some people are still struggling with their finances due to several reasons such as loss of a job, reduced work hours that lead to reduced pay. Since the beginning of the lockdown, nearly 4.2 million people had borrowed money using their credit cards, overdraft, or they chose a payday loan. The number may rise if businesses will continue to cut jobs.

Debt Statistics of the UK during COVID-19

Although the repayment of a record level of debt is making headlines, there are some underlying statistics and figures, which are worrisome.

The heightened economic uncertainty has led people to eliminate spending on lavish items. However, loss of a job is building up the consumer appetite for debt. StepChange has warned that if the level of debts will keep rising, it will stifle the recovery of the economy.

How the Government is tackling the Ongoing Crisis?

Since the financial crisis, British households have been gradually deleveraging. However, the debt of the households is still extremely large by historical and international standards. Recently, HM Treasury announced to pump an extra £37.8 million[6] into debt advice services. These firms are witnessing a flood of new cases of arrears and debts. The Money and Pensions Service will manage the distribution of funds, including charities, debt counselling and other money advice services. Debt charities are preparing themselves to face a surge in demand for their services. The plan will allow debt counsellors to offer advice to more people who are facing financial problems as a result of COVID-19. The chief role of these charities will be to identify the financial situations of their clients and to work out a resolution.

“We know that some people are struggling with their finances during this difficult time, which is why we want to make sure people can access the help and support they need to manage their debts and get their finances back on track.”

The Bank of England has slashed the interest rate to an all-time low of 0.1%. A low-interest rate has the potential to distort the economy in various ways. The government is already witnessing concerns over low consumer spending as it is trying to boost the economy. Boris’s government had released a 50-page dossier in an attempt to aware the public about the stages of lifting the lockdown. As per that, high-street shops, malls, department stores will be opened from June 15. The opening of non-essential shops after months of lockdown may stimulate consumer spending. Although reopening the economy is a glimmer of hope during these tough times, it doesn’t guarantee improvement. OECD[7] in its recent report highlighted that Britain is most likely to suffer the worst damage from this pandemic as compared to any other developed nation.

Engineering a smarter and sustainable economy is the key to lead Britain out of the looming crisis.

PrevPreviousSecuring Savings: Safeguard your Money as Rates Plummet
Next8 Money-saving Tips to Invoke your Inner SaverNext