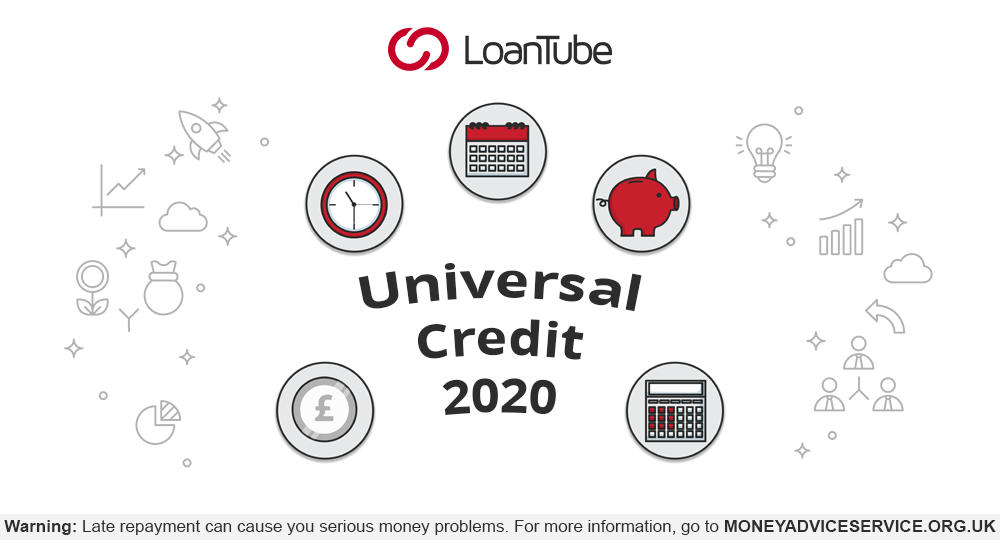 The new year is set to bring good news for millions who are on Universal Credit, with the five-year freeze finally about to end. ⭐Universal Credit 2020 ⭐Industry Update

The Government has announced it is set to increase welfare payments next year, to fall in line with inflation at 1.7 per cent.

Universal Credit and other benefit payment increases have been frozen since April 2015. This has meant that rather than increasing each year in line with inflation, to reflect the rising cost of living, most working-age benefits and tax credits have been kept the same.

The increase of 1.7 per cent will be based on September’s 2019 inflation figures, the Department for Work and Pensions (DWP) has stated. The news will be welcomed by over 10 million Brits who claim benefits, including the 2.5 million people on Universal Credit.

The five-year freeze is set to end in April 2020 when the new financial year begins. Many claimants will see their monthly amount increase. In addition to this, and further good news, the state pension is set to rise by 3.9 per cent. This is due to how its rise is calculated. The “Triple Lock” arrangement means the state pension will rise by whichever is greatest – earnings, inflation, or 2.5 per cent.

What is Universal Credit?

Universal Credit is a much-debated welfare system that was introduced in 2013. At the time, the Government was attempting to simplify the system by combining six means-tested benefits and tax credits into one single monthly payment.

When it was first announced, the Government stated that by combining child tax credit, housing benefits, income support, jobseeker’s allowance, employment and support allowance, and working tax credits, we would see a “complex, outdated and wildly expensive system” replaced.

The Universal Credit payment is made up of a standard allowance and any extra amounts that apply to the particular recipient.

It is designed to encourage employment so that no-one faces a situation where they would be better off claiming benefits than working. It is also designed to be paid in arrears once an individual’s monthly income has been assessed.

In truth, Universal Credit has barely been out of the headlines since it’s the first inception in 2010. The project rollout has cost the taxpayer many times what was originally predicted and moving over claimants from one system to another has taken far longer than expected.

There have also been cases of administrative errors, delays with payments, communications issues, problems with housing costs and issues with appeals.

What are the Universal Credit Changes for 2020?

These changes, however, could go some way into putting right what the Government has thus far got wrong. The five-year freeze is set to end in April 2020, and payments are set to rise by 1.7 per cent – a vital amount for families who struggle with day-to-day bills.

What the 1.7 per cent rise means in real terms depends on your situation. For example, someone who gets £100 a month will see the payment rise by £1.70. But there are families who claim a lot more than just £100.

If a household claims £900 in Universal Credits each month, their monthly payment will rise to £915.30.

According to charity the Resolution Foundation, the impact has already been felt by much of the UK. A Senior Economic Analyst there, Adam Corlett, said of the rise –

While the benefit freeze is over, its impact is here to stay with a lower-income couple with kids £580 a year worse off as a result.

This is due to inflation over the past five years dwarfing the benefit allowance. It is not yet clear whether the Government will continue to increase the benefit of inline with inflation.

Will I Be Affected by the Changes?

If you receive either Universal Credits, or one of the six below benefits, you will see your benefit rise by 1.7 per cent:

10 million people are set to be affected by the rise, with 2.5 million people already on Universal Credits. Figures show that this figure is set to increase to 7 million when the welfare system is fully rolled out by 2023.

How Universal Credit Claimants can get Extra £1,200?

Something which also looks to be more popular in 2020 is the Government-run Help To Save scheme. This scheme was launched in September 2018 with the aim of helping 3.5 million eligible people claiming benefits.

This savings scheme helps those who have trouble saving money. It is a savings account which allows certain people who are entitled to the Working Tax Credit, or who are receiving Universal Credit, to receive a bonus of 50p for every £1 they save over the space of four years. It is Government-backed, so all of the savings are safe and secure.

The scheme, so far, has not been the massive success the Government had wished it to be. The scheme only reached less than one in 40 of the low-income savers it was designed to help in its first year, with many being unable to save or simply not being aware of the scheme.

Next year may see this scheme pick up in popularity. The way the system works is based on how much an individual puts into the account each month. You can save between £1 and £50 each calendar month. This can be done for a maximum of up to four years.

During these four years, savers can earn two tax-free bonuses. After your first two years, you’ll get the first bonus if you have been saving in the account. This bonus will be 50% of the highest balance you have saved.

After 4 years, you’ll get a final bonus if you continue to save. This bonus will be 50% of the difference between 2 amounts:

The most money any claimants can save through this scheme is £50 a month over four years. This equates to £2,400. The bonus, given by the Government, would be £1,200 for this saver.

That could be an invaluable amount of money for struggling families in the UK.

To be eligible you need to be any of the following:

Here at LoanTube, we understand that sometimes money can run short. The news about Universal Credits rising by 1.7 per cent is fantastic for those who need it the most. But sometimes you need a little extra helping hand with your finances. Our website can offer those who need a loan a quick and easy comparison service at no cost to you.

The application process is quick and easy. Our lenders use a Soft Credit Check which means your credit score will not be harmed.

Whether it is to tide you over with a short-term loan, or it is to consolidate any existing debts, our comparison tool can compare actual APRs and interest rates across a number of different lenders we work with.

With LoanTube you are in safe hands. We will help to find you a loan that fits your exact needs from lenders who are fair, legitimate and above-the-line. We do not and will not work with loan sharks.