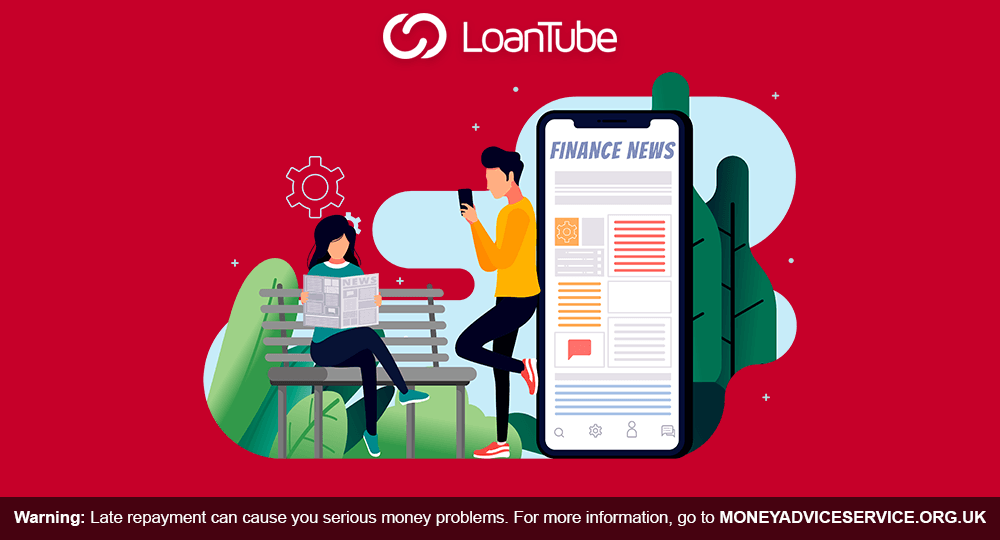 We’ve collated important finance and economy news of the United Kingdom for an easy read. Catch up with the latest news. ⭐Latest financial news ⭐Business and economy

Data from industry body of UK Finance showed that the number of approval for mortgages has reached one of its highest levels in the past two years in June. However, credit card lending grew at a sluggish pace. Since Britain voted to leave the EU in June 2016, consumer demand has been robust. In June this year, the number of mortgages approved rose to 42,653 – on a seasonally-adjusted basis. In May, the number of mortgages approved was 42,407 and in the month of April, it was 42,792. Net credit card lending in May was 247 million, which came down to 119 million pounds in June.

Hong Kong-based holding company – Cathay International has been fined by the UK’s financial regulator – FCA with a total of £665,000 for lax reporting. Cathay invests in the healthcare sector in China and was slow to report a loss of more than 50% in 2015. FCA further added that the company had not been cooperative with the inquiries as well. Cathay’s chief executive Jin-Yi Lee was fined £214,000 and its finance director Eric Siu was fined £40,200 the last month. As FCA is trying to stamp out market abuse, breaches in listing rules is a major area of focus for the regulator.

Sajid Javid Has Been Appointed as Britain’s New Finance Minister

Sajid Javid is the first ethnic minority finance minister of Britain – the world’s fifth-biggest economy. He will have to manage the economy at a critical time and even has to protect London’s position as one of the world’s top two finance centers. Britain’s economy is facing a major slowdown and Sajid has to find a way to relax the austerity. During his failed bid to lead the Conservative Party he had said that he would prepare for a no-deal Brexit with an emergency fund, which will include a reduction in taxes for individuals and businesses.

Fewer Than Half of Britons Expect to Ever Earn £30,000 a Year: YouGov Survey

A new survey by YouGov published that 45% – that is fewer than half of Britons expect to ever earn £30,000 a year. The survey also suggests that only 21% of individuals who are working take home £30,000 or more a year. And another 7% think that they will never earn £15,000 a year. Office for National Statistics (ONS) released their data that showed UK households have an average median income of £29,400 after tax. This growth of 1.4% in household median income is being considered as modest by the government’s statistics body.

There are more than 400 credit unions in the UK and the FCA is calling the government review of credit union rules to provide vulnerable consumers with a feasible alternative to payday lenders. These credit unions specialise in loans and savings for the less well-off and they offer loans as low as £50. The financial regulator has the intention of helping high-risk consumers who often end up borrowing expensive payday loans to make ends meet. Credit unions can charge 42.6% APR, which is the maximum in the UK and in Northern Ireland the maximum APR that can be charged by the credit union is 12.7%. The Association of British Credit Unions Limited welcomed the recommendation of the FCA and said that liberalising the Credit Unions Act will allow them to play a significant role in disrupting high-cost credit.

Overdraft Rate for Many Banking Customers has been Doubled by Nationwide

Nationwide is a mutual British financial institution that has almost 8 million current account holders. It became the first major current account provider who responded to the ban on excessive fees by the financial regulator – FCA. It said it will introduce a single overdraft interest rate of 39.9% that is more than double the 18.9% – which is charged by the building society on FlexAccount holders for an authorised overdraft. In the coming months, other banks are expected to announce higher headline rates. Nationwide is scrapping £250 fee-free buffer offered on FlexPlus authorised overdrafts. It further added that there would be additional text alerts which would help members manage their money.

Over Half of Brits Admit Going Over Their Holiday Budget

A recent survey by Riviera Travel revealed that over half of Brits admit that they go over their budget while on a holiday. Lack of understanding of foreign currencies costs extra while Brits are abroad. Only 3% of Brits were able to convert six major world currencies into pound sterling. 51% of British holidaymakers said they overpaid on their trip. Also, credit card charges are identified as the most common unexpected charges because 19% of Brits said that they didn’t know about any spending fees while using their cards abroad.