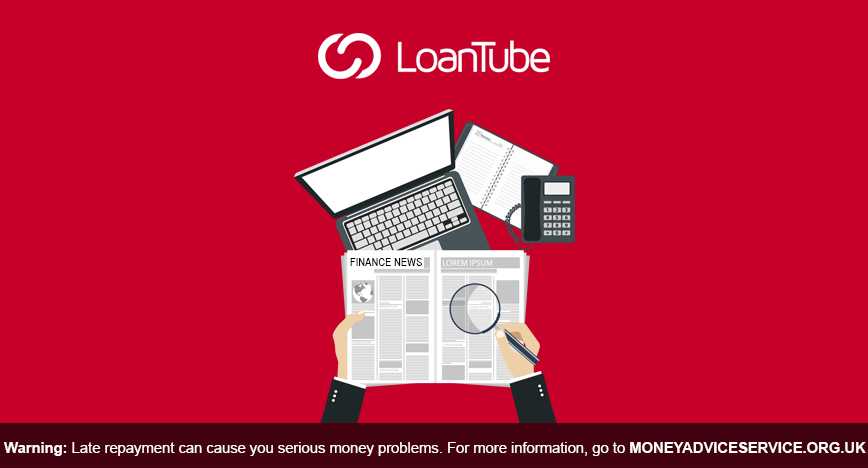 Explore this weekly news digest by LoanTube to stay up-to-date with the latest financial happenings of the United Kingdom. ⭐News snippets curated for a read on-the-go⭐

The Universities and Colleges Admissions Service has been condemned of promoting Future Finance that offers high-interest private loans to students. The lender offers loans on interest rates ranging from 8% to 23.7%, which is higher than the government-funded loans. The advertisement was sent to students on 22 August by UCAS media and the deputy leader of the Labour Party Tom Watson mentioned in his tweet that this act by the independent charity is indefensible as it promoted sky-high loans. He further added that such adverts must be dropped straight away. The loans that are offered to the students by the government has an interest rate of 5.4% (maximum), which allows the students to repay it when they start earning a certain amount post their graduation. Also, the debt is wiped out after 30 years.

While addressing at the Cambridge Economic Crime Symposium, the chair of the UK’s Financial Conduct Authority, Charles Randell said that Britain is suffering from a very serious epidemic of financial crime. The general public is being targeted by mini-bond scams, pensions investments, and cryptocurrency of foreign exchange scams. After a series of scams such as London Capital & Finance, he urged the Treasury to provide more power and authority to the FCA that will help them reform the rules to protect the consumers. In 2019, the total amount that was lost due to investments that were not regulated has touched almost £1 billion. He said that misleading advertisements are the reason for these frauds and companies like Google earn profit from these scams as they advertise such fraudulent products.

August Witnesses Growth in House Prices at a Fastest Rate

According to Halifax, house prices in Britain increased at the fastest rate (annually) in four months. House price growth in July was 1.5% and in August, it rose to 1.8% – this was calculated using a new methodology introduced this month. The new measure of the annual house price growth doesn’t take into consideration an average house price growth of the previous three months.

The Financial Conduct Authority has warned the polling firms to not breach market rules by using information retrieved from unpublished polls ahead of a probable Brexit election. During the 2016 referendum, many polling companies sold data privately to hedge funds – which could make a trade on the information they received. The FCA further added that it will be a breach if any firm shared anticipated bond market-moving information, prior to the publication of the results.

Shadow Chancellor John McDonnell said that to tackle the high levels of inequality in pay, excessive payouts will be banned. Latest figures by the European Banking Authority published that more than 3,500 bankers in the United Kingdom in 2017 were paid more than £900,000. In the British economy, the finance and insurance industry pays out the highest level of bonuses. The total value of payouts has increased by 9.7% over the year to March 2017 as per the data released by the Office for National Statistics. If banks will not take proactive action against this issue, the Labour would soon introduce rules to curtail such functioning of the industries.